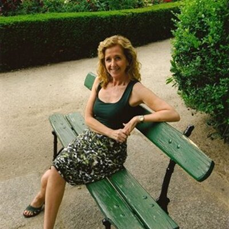 I'm a Political Science Ph. D; Applied Economics Teacher; and Professor of the Department of Applied Economics at the Complutense University of Madrid. I am also a co-director of the Master on Gender Equality in the Perspective of Social Sciences at the Faculty of Political Science and Sociology of the UCM. I created (and directed from 2006 to 2012) the Gender and ICTs research programme of the Internet Interdisciplinary Institute (IN3) of the Universitat Oberta de Catalunya.

I work especially on Gender in the fields of Information Technologies and Science, Engineering and Technology.  I have conducted research projects on gender and ICT public policies; a Spain-UK comparative analysis; and two projects from the EU's 7th Framework Programme on gender equality in science. Right now I want to focus more on spreading information than in doing research, as several things I have worked on, both with the UOC team, and with the Complutense, are about to be published.

I believe that here, in the universities and research centres in Spain, we already have experience in equality plans, with background work of both practice and analysis, and a lot of information can be shared. Every year, the Network of Equality Units of Spanish Universities carries out a meeting where issues are addressed around three main aspects, which are: women's academic careers; women's participation in decision-making; and gender issues in research and teaching. I think the experience of Spanish universities can be transmitted to other environments, such as the universities in Latin America.