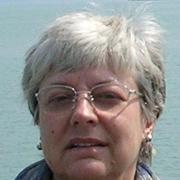 I was Head of Research at the Institute of Neurobiology and Molecular Medicine (CNR) in Rome, and retired in 2009. As a biologist I have worked on in vitro cellular differentiation and toxicology. I am an Honorary Member of the European Society of in Vitro Toxicology (ESTIV). I am the author of 80 scientific publications, 107 congress communication and editor of congress proceedings and books. I have also organised courses and congresses at national and international levels, and given invited presentations in Belgium, Greece, Germany, Ireland, Italy and India.

I have been active in the field of Women and Science since 1988. In 1998 I was appointed in the CNR (Italian National Council of Research) Commission for women scientists promotion. I have been the President of the “Donne e Scienza” (Women and Science) Association in Italy. I was also one of the founding members of EPWS and was on EPWS Board of Administration from 2004 until 2008.

I am prepared to contribute mainly on the topics of rising awareness concerning women discrimination in academia; analysis of persistent stereotypes; evaluation of excellence (https://eige.europa.eu/sites/default/files/genis-lab_reviewassessingexce...); resistance to the change, and tools for removing obstacles. Moreover, I am also prepared to discuss the issue of the post-academic science, the relationship of science and society, the ethical problems raised by the application of innovative technologies, especially in relation to IVF.