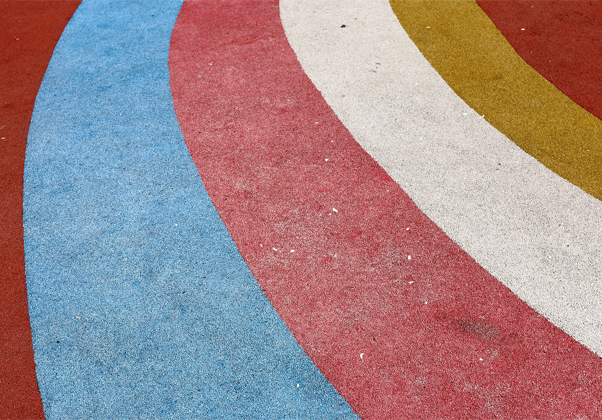 When thinking about how gender inequality and bias occur in higher education (HE) and research and innovation (R&I) institutions, it might be tempting to assume this is an individual issue of everyday personal interactions and encounters, and that the quickest remedy is to introduce unconscious bias training to ‘educate’ the stakeholders (Pritlove et al., 2019; Nelson and Zippel, forthcoming). What needs to be widely understood, however, is that gender inequality is often hidden from view, institutionalised and rooted in practices, policies, systems, organisational culture, and the prevalent structures of power. Unfortunately, eradication of inequalities will always be a long and continuing process, because institutions are relatively persistent features of political and social life. They shape people’s behaviour and thinking within complex social systems which cannot be changed easily or quickly (Mahoney and Thelen, 2010).

Thus, whilst quick-fix solutions are useful for awareness raising and repairing interpersonal relationships, gender equality can only be achieved through a systemic approach to challenging institutional inequality regimes (Acker, 2006). This is because oppression and discrimination (in relation to gender, gender reassignment, race, religion, age, disability, etc.) are systemic. Therefore, to address the larger frame of gender inequality, institutional change is paramount. Such systemic approach to institutional change is complex and requires a concerted effort from key stakeholders and top management to ensure that gender equality is widely embraced and discussed, and reflected in organisational processes and practices (Palmén et al., 2019).

So, why and by whom is institutional change attempted, and how? And crucially, what can be done for it to be effective?

We need to understand that institutions function and are built on control or dominance of one entity over another through systems and structures of rules, procedures, practices, and cultures. This architecture not only defines particular interests (e.g. white, Christian, middle-aged heteronormative male in European universities), but it also defends them. This may manifest itself in unequal distribution of resources, opportunities, and skewed power relations advantaging and advancing one group, but disadvantaging and marginalising another. Over time, this status-quo becomes untenable but visible to at least the disadvantaged group, as they strongly perceive unequal distributional consequences. The urge for change is born (Waylen, 2014). Conran and Thelen (2016) evoke the notion of survivors who have initially lost, but who now develop desire to challenge the rules and reimagine institutions that have been designed by others.

There are many ways in which such change can happen. For instance, through abolishing old inequitable rules; layering new equitable rules in between the old ones; obsolescence of old rules; or converting how we understand and utilise the existing rules. Some argue that gender equality projects aiming to change institutions should be based on layering and converting, because these strategies are slow, gradual, and can be started inside institutions (Waylen, 2014). Layering is important, because it does not require a sudden, radical change which could be vulnerable to resistance and scepticism. Converting means that old rules can be refashioned and reimagined in new creative ways which can also be accomplished gradually and involve diverse stakeholders.

But how to achieve such interventions?

If we want to layer new equitable rules in between the existing structures, we need to fully understand the old rules first. Having an insider knowledge of the status-quo, how things work, and what policies, practices and norms exist in a given institution will be crucial. This allows change agents to tailor and customise appropriate solutions and interventions to a particular context. Converting will require even deeper levels of such knowledge to enable effective reimagining and refashioning of the old structures and processes. Knowledge and institutional awareness of change agents will help them to redirect old structures to new goals, functions, and purposes, and deploy existing resources to new ends (Streeck and Thelen, 2005).

Drawing on the example of gender equality efforts in HE and R&I, the European Commission (EC) recognises that institutions need to be fully aware of what is happening in their organisations and the competence of change agents is needed to assess the status-quo for gender equality change. For this task, change agents will need to be armoured with adequate resources, effective management practices, and expertise in developing gender equality plans (GEPs) or other less formalised interventions. Thus, in a way, change agents will need to be both in and out: firmly located in the institution to ‘know it’ and to execute change; but also linked to the outside context to draw on the existing expert knowledge. They will need access to tools, resources, interventions, policies, practices, and other tried and tested systems of change that would not normally be available and accessible in a given institution or organisation.

Why could CoPs be valuable?

Communities of practice (CoPs) are “groups of people who share a concern, a set of problems, or a passion about a topic, and who deepen their knowledge and expertise in this area by interacting on an on-going basis” (Wenger et al., 2002; Wenger, 2011). These interactions create strong learning partnerships among people who have a mutual interest in using each other’s experience of practice. For this reason, members of CoPs whose domain of interest is gender equality in HE and R&I, will be well-equipped for institutional change by exploring what works in their institutions and then sharing the progress, successes, and failures with the community. They can contribute to the partnership of mutual learning, practice exchange, and building of new knowledge. Crucially, CoP members can enjoy fruitful relationships with the more experienced agents and gender equality experts to facilitate learning and best practice sharing (Wenger, 1998).

CoPs as an instrument for institutional change for gender equality

The H2020 project ACT – Communities of PrACTice for Accelerating Gender Equality and Institutional Change in Research and Innovation across Europe, has used the CoP approach to support members in setting up an institutional change process and implement gender equality measures and plans in HE and R&I. The first comprehensive evaluation exercise of the ACT CoPs (Reidl and Beranek, 2020) has illuminated significant benefits, such as the facilitation of experience exchanges and mutual learning, which has been mentioned as one of the most fundamental gains. Developing new strategies and brainstorming with other CoP members whose gender equality agenda is more established is valuable for the progression of GE measures and GEPs in the less advanced or GE-oriented institutions. Further, being part of a CoP is advantageous for acquiring new skills and knowledge, required for embarking on institutional self-assessment exercises and gaining access to data to establish the status-quo of gender (in)equality in each institution. CoPs also provide a platform to extend their members’ networks and access to new allies, as being part of a CoP helps to end isolation in the pursuit of GE, where members establish a safe space to turn to get support and guidance.

Besides connecting with other people, CoP members gain enormously from the knowledge which exists within the CoP. The sharing of resources, know-how, common challenges, and best practices is particularly valuable for the members. Such cross-pollinating of ideas allows individual CoP members to reflect how certain interventions would work in their own institutions, how they could be tailored and customised; and how current policies and practises should be reimagined and refashioned to partially fit into the existing institutional culture, yet initiate a slow and gradual change of this culture to minimise the risk of resistance and scepticism from the stakeholders who hold decision-making powers and who currently benefit from the status-quo.

The discussions that took place in the Matching Events in October 2020 organised by ACT illuminated how CoPs can act as change agents. One aspect is the importance of collaboration and bringing diverse people together. To make a difference and to make changes it is essential to have people on board looking at things from different angles and decision-making levels to promote institutional change and move forward. Another way CoPs can act as change agents is by facilitating institutional isomorphism, whereby organisations can mimic the practices and the adoption of policies by their rivals. New input and ideas can be brought into an organisation by showing what other organisations have achieved or are planning for gender equality and draw from the great wealth of experience and knowledge inherent in the network of CoPs.

The theory, as well as the experiences gained within the ACT project, demonstrate the value and the potential of CoPs for institutional change. Through collaboration with diverse actors from different organisations, CoPs not only gain knowledge and access to networks, but also a voice and a level of influence in their respective member organisations to start and promote institutional change for gender equality in HE and R&I.

Nelson, L. K. and Zippel, K., (forthcoming). From Theory to Practice and Back: How the Concept of Implicit Bias was Implemented in Academe, and What this Means for Gender Theories of Organizational Change. Gender & Society.

Wenger E., Trayner B. and Laat M. (2011). Promoting and Assessing Value Creation in Communities and Networks: a Conceptual Framework. The Open Universiteit Nederland.