More news on the ACT Communities of Practice 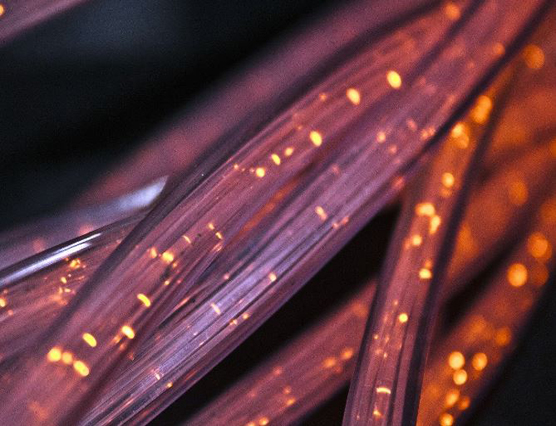 Following up on the ongoing work of the CoPs in promoting gender equality goals, in this second newsletter we present some of the latest advances carried out by the Alt+G CoP, GENERA CoP and Strategies CoP. In first place, Alt+G share some reflections on the strategy to put gender-sensitive language into the official documents of HE and research organizations in Slovenia; secondly, GENERA tells us about its annual General Assembly meeting, which involved five working groups and keynote speaker Eileen Drew from Trinity College; and finally, Strategies provides some notes from their last meeting on the consequences of the COVID-19 crisis on gender equality in higher education and research institutions.

The integration of gender-sensitive language into the official documents of HE and research organizations in Slovenia is one of the activities of Alt+G CoP. For this reason, the working group for gender-sensitive language was formed out of 7 CoP members, and gathered for the first time on 3 March 2020 at ZRC SAZU. As the integration of a gender-sensitive language requires close cooperation between academic and administrative staff, the meeting was envisioned as an exchange of experiences and existing practices. This exchange revealed a highly diversified and ambiguous situation: in some of the institutions gender sensitive language is already in use (e.g. in regulations or in personal employment contracts) while in others all formal documents are written in masculine form, which is considered neutral. The first main conclusion was that attempts to introduce gender-sensitive language are not systematic or done at the structural level, but rather depend on individual efforts or the organizational climate at an HE or research institution. The second conclusion was that the main resistance to the introduction of gender-sensitive language in official documents comes from the administrative staff who understands a structural change as an additional work-load and unnecessary burden. Additional challenge is somewhat confusing situation regarding the relationship between official catalogue (i.e. classification) of professions and titles in national systematization (which is comprising both masculine and feminine forms) and the collective agreements, from which derive classifications of positions and titles used in HE and research organizations (written by the rule in masculine form). Actual language use in institutional documents is somewhere in between these two standards.

As the gender-sensitive language is a highly politicized issue in Slovenian society, the members of the working group agreed that it is important to show how masculine form is far from being “neutral” and that official systematization of job titles is strongly gender-biased. Namely, those rare job titles which are officially given in a feminine form (e.g. in collective agreements) are by the rule lower-paid ones compared to similar positions given in male form: for instance, the position of a secretary to the University leadership [tajnica vodstva univerze], given in feminine form, earns half of the salary of the position titled main secretary of a University [glavni tajnik univerze], which is given in masculine form. In general, job titles given only in female form (e.g. čistilka, cleaning lady) are highly marked by connection with the lowest-paid professions in Slovenia.

The next step in activities of Alt+G would be to map out concrete possibilities in each participating organization as to see what changes can be implemented given the existing practices, staff availability and institutional culture. However, in the context of administrative adjustments due to Covid-19 related measures, putting gender-sensitive language on the agenda might be challenging.

The GENERA CoP members are unstoppable!

On September 14/15, 2020 the GENERA CoP had its annual General Assembly meeting with over 20 members participating. One major event everybody was looking forward was the keynote speech by Eileen Drew from Trinity College. She gave a presentation on the book “The Gender-Sensitive University – A Contradiction in Terms?” edited by herself and her colleague Siobhán Canavan. Overall, Eileen presented 14 chapters starting with an introduction on gender inequality in EU universities followed by an analysis of gendered career advancement in academia up to a view on the understanding of leadership in higher education as a tool for change. All chapters are dedicated to different topics and published among others by authors from the Trinity Centre for Gender Equality and Leadership. As a result of this exciting talk the presentation was recorded and is available to GENERA CoP members as well as sharable with the public on request (genera@desy.de).

Furthermore on this day the five working groups (WGs) on (1) data collection, (2) strategy and vision, (3) dissemination, (4) career development and (5) gender dimension gave their individual presentations on achievements, challenges and next steps followed by lively discussions. The WG on data collection is currently working on a booklet which will include the analysation of quantitative and qualitative data with recommendations on improvements for a successful data collection and evaluation. A successful outreach will be guaranteed by the WG on dissemination by currently spreading the message and achievements from GENERA CoP through social media channels such as Linked In whilst working in close collaboration with the WG on strategy and vision. New pilot trainings on e.g. career paths inside/outside academia and implicit bias have been developed by the WG on career development. By continuously proofread these trainings they can soon be tested among the institutes who are GENERA CoP members.  Last not least, the WG on gender dimension is developing a concept for a workshop in which the gender dimension in math intensive sciences will be addressed. In summary the GENERA CoP WGs show good progress regardless of the difficult situation of the COVID-19 pandemic. The CoP members are unstoppable!

The Strategies CoP, which promotes strategies for sustainable gender equality, held its second post-COVID meeting on July 7th. The session aimed at reflecting on the impacts of the health crisis on gender equality within research and the implications for Gender Equality Plans. Two keynote speakers addressed the issue presenting a funder’s perspective (Rochelle Fritch, Science Foundation Ireland) and young researchers’ experience during the pandemic (Sara Pilia, The European Council of Doctoral Candidates and Junior Researchers).

Some journals already observe decreasing journal submissions from women (see Kitchener’s article and Flaherty’s article) and grants applications may decrease as well, Rochelle Fritch indicated. To better comprehend the long-term impacts of COVID and to enact solutions, the first move, according to Rochelle Fritch, is to gather appropriate data and ask the right questions within academia (Marlisch et al 2020). For research funders, flexibility with budgets, with programs and project extensions are direct actions that can be taken. As for pre-award management, the move from a quantitative to a qualitative form of evaluation (such as a narrative CV) is one means of action that can account for women’s loss of productivity during the crisis.

Sara Pilia shared Eurodoc’s assessment of the coronavirus’ impact on Early Career Researchers (ECRs) in Europe, made in consultation with 28 national associations of young researchers. They identified 10 major issues faced by ECRs during the pandemic including barriers in doctoral training, lack of supervision or added pressure, increased precariousness, heightened anxiety (see Eurodoc’s article). Young women researchers were found more impacted, creating a strong incentive to develop a specific support scheme for them in Gender Equality Plans.

During the Q&A session, all members stressed that collecting relevant data is the first step to then work on gender equality plans to tackle COVID-19 consequences. Specific data on early career women researchers is missing yet pressing to collect. CoP members also expressed their interest towards good practice in qualitative measurements of scientific outputs. The next Strategies CoP meeting (November 10th) will thus address the DORA Declaration— a 2012 declaration that develops and promotes best practice in the assessment of scholarly research.